Rapid Fire doesn't do anything small, and that includes competition. We are here to represent! This year, that is exactly what we did. Rapid Fire had the privilege of sending one of our aspiring apprentices to the National American Fire Sprinkler Competition held in San Diego, CA. Joe Headrick, an apprentice out of our North Dakota Region, was our competitor and represent he did. Joe brought it!  He placed 1st in the 2019 AFSA Competition. He took each feat with ease. Completing his written test in just under 30 minutes and moving into the installation with fluency. The awards ceremony was filled with excitement and apprehension.  But Joe’s skill stood alone and his excellence was rewarded!

Joe came to Rapid Fire in August of 2017.  He has accelerated through his books at a breakneck pace, showing mastery for the trade with each pipe installed.

Randy Ables, the North Dakota Regional Manager and Dan Chrest, the North  Dakota Regional Labor Superintendent, both have laid testament to Joe’s work ethic, heart to be part of the team and diligence to get the job done right!  He has been a shining star in our Northern Region.

When asked to share his thoughts on his journey, Joe said it so perfectly.  “It is quite an experience and I think everyone should try their best to get there.”  What a true testament that hard work and perseverance do yield reward! Joe, we are proud of you and can’t wait to see the big things you will contribute to our Rapid Fire Team!  We feel we have only hit the tip of the iceberg on the value you will create by being one of our own.

It is quite an experience and I think everyone should try their best to get there. 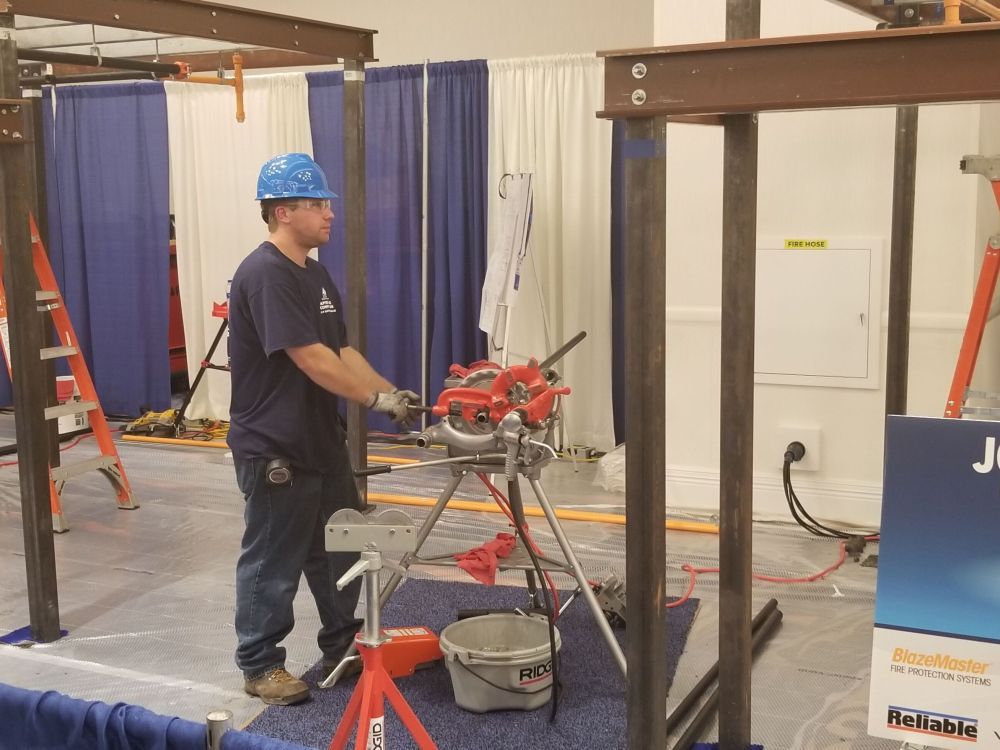 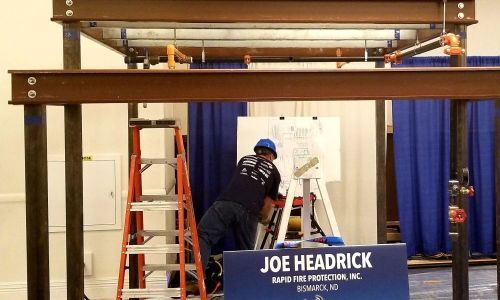 Following is the AFSA Competition 2019 press release from the American Fire Sprinkler Association:

The competition began in June with written examinations proctored at libraries throughout the United States. The top seven scoring apprentices won expense-paid trips to compete in the national competition, held at AFSA38. During the competition finals, participants took another, more thorough written examination and installed a steel and CPVC sprinkler system with pendent and sidewall heads. The systems were pressure-tested and participants were graded on accuracy, craftsmanship and safety.

Started in 1994 by the late Robert L. (Bob) McCullough, then chair of AFSA's Apprenticeship & Education Committee, the Annual National Apprentice Competition was created to promote apprentice training and give recognition to the apprentices who are actively enrolled in the AFSA Apprenticeship Program. Over 25 years later, the competition continues to bring fire sprinkler apprentices from AFSA local chapter and member training programs from all corners of United States together in the association's foremost showcase of excellence in training among future industry leaders.

Strong relationships are built on trust - that is how we serve communities in all regions of the U.S. with fire protection systems and services of exceptional value and quality.

What combination of fire protection systems is ideal for your facility? Tell us your unique challenges.